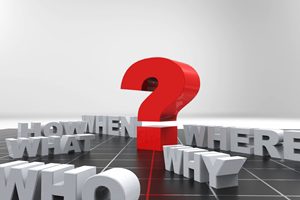 What is the IoT?

The IoT stands for the Internet of Things. Seems kind of silly at first glance. Isn’t that what the internet already is?

Well, yes and no.

The internet is full of things, but not actual things. It’s full of information. Information that we can access by making a query. Simply type a question into Google or enter a web address into your favorite internet browser and the world is at your fingertips. That’s the traditional internet we’ve all grown to know and love.

Things use the internet just like we do. They communicate with each other and store vast amounts of knowledge. This makes it sound like we’re surrounded by voyeur robots with nothing better to do than spy on us.

I hate to break it to you, but you’re surrounded by voyeur robots. You probably just don’t realize it.

Some common devices that use the IoT include:

These things store data using the IoT. That way you can inquire about a past purchase you made on Amazon, figure out how many calories you burned last week, or find out what your dog does all day while you’re at work by watching your video monitor.

How the IoT could be putting your identity at risk

The IoT is a vast treasure-trove of information. We’ve talked about this a little bit before, although we’ve gone about it indirectly.

Devices themselves can leave you open to identity theft. The Amazon Echo stands out as a device that’s extremely difficult to hack, but the device itself may not be the problem.

Just think about all the stuff that’s stored on the internet about you. If you’ve ordered things online, your credit card and bank account information can be found. Your address and even your social security number could be out there too, just waiting for a hacker to come along and steal it.

Well, the IoT stores this kind of information too, but it stores a lot more. Do you remember when we talked about the Roomba? It could potentially map out the configuration and size of your living room, logging that information on the IoT for other devices to use. Just imagine a future where your milk carton can talk to your refrigerator to tell you that it’s almost empty, or your carpet could tell you that it’s time to clean behind the couch.

Sounds convenient, but it’s a major privacy issue, as well as an identity theft issue.

At the end of these articles, I love providing you with a solution, but there really isn’t one to present in this case. The IoT will definitely make life more convenient, and there’s no doubt that it’ll make living life a lot cooler (haven’t you always wanted to talk to your refrigerator?), but it could be at the expense of our identities and our privacy.

Only time will tell. I suspect that we’ll hear a lot more in the future about ways the IoT is being secured, as well as ways devices are ensuring that your information doesn’t fall into the wrong hands. In the meantime, try and enjoy the convenience of your Apple Watch. Just remember that your Apple Watch connects you to the IoT, whether you like it or not.