Protect Yourself From Identity Theft With Bitcoin 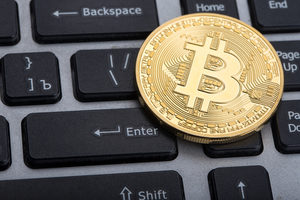 We’re all looking for ways to protect ourselves against identity theft. That is, if you know what’s good for you. Identity thieves can really do a number on your accounts, leaving you and your family to pick up the pieces, in some cases, for years to come.

Some people might call us paranoid for spending so much time talking about identity theft and researching identity theft protection services, but we know the truth — about 15 million Americans have their personal identifying information stolen and used fraudulently each year. Loses total an astounding $50 billion. With numbers like that, we don’t think we’re being paranoid at all.

Instead, we take all that anxiety and rage and turn it into something constructive by informing you, our readers. From dealing with credit card fraud to stolen tax refunds and everything in between, we’re passionate about arming you with the information you need to deal with identity theft if you end up becoming a victim.

We like to try and help you prevent identity theft from happening in the first place too. It might mean making your profile private on social media or not clicking hyperlinks in emails. Well, we’ve got another preventative measure you can take — Bitcoin.

Some of you are probably shaking your heads in confusion. I don’t blame you. Bitcoin is kind of a weird thing. Let’s start with what it is before we get into the details of how it can help protect you from identity theft.

Bitcoin is a form of cryptocurrency. That means its purpose is to exchange digital information through cryptography. That’s just a fancy way of saying information is exchanged online. Initially, its appeal has to do with the fact that it is decentralized.

With Bitcoins, you don’t have to play the games set forth by the Federal Reserve or the banks you use to store your money. Without going into too much detail (because that would be another massive article of its own), the Federal Reserve controls the flow of money, and your bank is allowed to use your money to make more money for themselves. If you do your research on it, I guarantee you’ll be disgusted.

Well, someone decided to do something about it. Satoshi Nakamoto, an alias for a person we may never be able to identify, created a form of currency that doesn’t require any middlemen That means avoiding the banks altogether.

This allows people with Bitcoins to buy, sell, trade, and invest however they like without hefty processing fees or lengthy waiting periods.

It’s a form of currency for the people, by the people, that isn’t controlled by the one percent.

How Bitcoin can prevent you from experiencing identity theft

Do you remember that huge data breach that Target experienced back in 2013? It affected 41 million consumers. Consumers who used their credit cards to make a purchase. Cyber attackers were able to gain access to Target’s computer gateway, accessing all of that juicy information.

Stories like that aren’t in the minority. Every time you make a purchase using a credit card online or in the store, you could be putting your personal information at risk. Even chip cards aren’t as foolproof as we thought.

So, how can Bitcoin prevent these kinds of things from happening? It’s all in the encryption process. Remember — Bitcoin exchanges information online through cryptography.

That means the numbers you use to access your Bitcoins aren’t shared publicly. They can’t be found in any databases. Contrast that to banks that know all kinds of things about you and your family and retailers that catalogue credit card numbers.

Your Bitcoins aren’t tied to your identity in any way. When you spend Bitcoins, there literally isn’t any way for anyone to get a hold of any of your personal information.

That’s why 10 percent of people who have experienced identity theft now use alternative currencies, like Bitcoin, at least for a portion of their purchases.

If nothing else, Bitcoin is kind of a cool concept, and lots of people are making a whole lot of money on the currency. It turns out preventing identity theft is only one of the cool features of Bitcoin. Feel free to do a little research of your own and you just may find yourself convinced that using Bitcoin is the way to go if you want to keep your private information private.