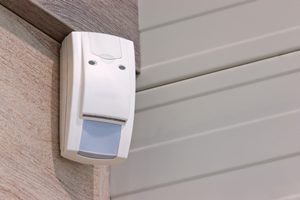 A passive infrared, or PIR, sensor measures infrared light that is coming off an object in its visible area. More accurately, these sensors are able to detect changes in their fields of vision, such as when the ambient infrared light is interrupted or otherwise altered.

Also called IR motion detectors and pyroelectric sensors, they are generally quite small in size, ranging from one inch or smaller to about four inches for standard home and commercial use. PIR sensors have very long lives and aren’t usually expensive to produce, which makes them valuable and economical choices for use in many industries and applications.

How are Passive Infrared Sensors Used? 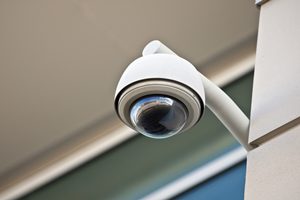 Primarily used in motion detection equipment, these sensors have many uses both commercially and privately. In most supermarkets and other retail and business locations and offices, automatic doors are controlled via motion detectors that rely on PIR sensor data for input. Previously, these automatic doors were controlled by weight-sensitive pads that didn’t always perform reliably.

As sophisticated and reliable determiners of motion, the use of pyroelectric sensors in security applications is popular.  Due to their simple design and construction, the sensors are able to detect and report motion constantly and instantly, and are also easily calibrated to “ignore” smaller moving objects like cats, dogs and other pets in order to prevent false alarms. With ranges of between 10 and 30 feet, most rooms with single points of entry only require a single detector that targets the room’s entrance.

Using IR motion detection technology in outdoor security and accent lighting is another ideal application. They don’t take much power, so are easily solar-powered. Motion-sensitive lights are helpful in conserving energy and reducing light pollution.

Another popular use for passive infrared technology lies in its ability to also detect, measure and report changes in the temperature of an object. This is extremely beneficial in plants, factories and other environments where the constant monitoring of equipment is required to prevent overheating, injuries and death.

A Quick Look at the Technology Behind PIR Sensors

PIR sensors are light-sensitive lenses controlled by and mounted on circuit boards that allow calibration for specific temperatures, object sizes and locations or direction of movement. They often utilize Fresnel lenses – highly efficient compact lenses that are usually multi-faceted and were originally used in lighthouses for maximum brightness from minimum space and materials – or a system of small mirrors to redirect, focus and amplify the infrared light available to the device.

One Reply to “Passive Infrared Sensors: A Brief Overview”